UAE-based media and entertainment company, Image Nation has announced the world premiere of its upcoming football documentary The Lights in Rome, to be screened at the DOC New York film festival in November 17, 2016. The documentary preserves an important moment in the Emirati history when they qualified for the 1990 World Cup in Italy as well as interviews from former Emirati football players.

“The Lights of Rome is one of our films that is so close to my heart as it tells the story of my childhood,” says Mohammed Al Mubarak, Chairman, Image Nation Abu Dhabi. “This film is not only another entertaining and informative documentary to add to our slate, it will serve as a historical documentary that finally details the legacy of what those players achieved for the UAE and Middle East football.”

Danielle Perissi, Head of documentary and factual entertainment, Image Nation Abu Dhabi adds “Through our documentary work, the Image Nation team has the opportunity to memorialise important cultural and historical events for the UAE. We hope it will leave a lasting impression for the next generation of Emiratis, as well as the broader community in the UAE and around the world.” 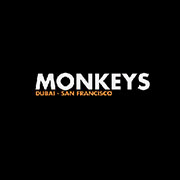